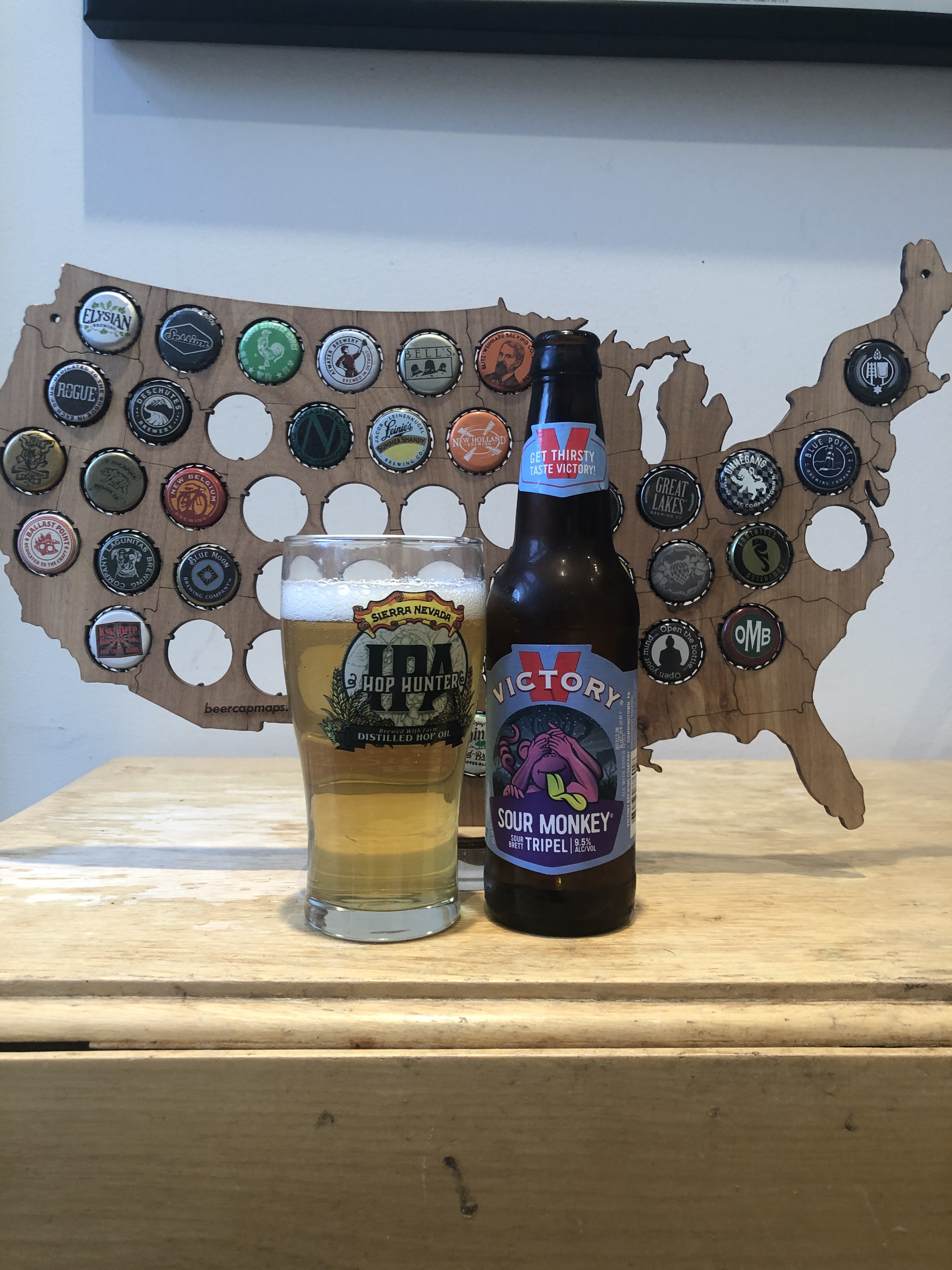 Victory Brewing Company (Downington, Pennsylvania) Sour Monkey, 9.5% is a Brett (Brettanomyces) Sour Belgian-Style ale. Victory uses Pilsner malt and Tettnang hops to brew Sour Money which is one variation of Golden Monkey, and there is also Twisted Monkey brewed with Mangos. Sour Monkey pours a golden color with a two and a half finger white head that slowly dissolves into a thin haze giving off sour aromas of some fruit and dryness. The taste is similar to the nose with a nice sizable effervescent with a nice punch of sour with hints of light fruit, spice in the middle probably from the Brett, and a somewhat strong sense of alcohol that comes to a dry spiced finish and a dry but sour aftertaste with a medium mouthfeel. Victory Brewing Company Sour Monkey is a nice tasty rendition of a Belgian-style Tripel, and I say it’s an A+. Nothing is really overpowering with this beer it nails the style and adds a pleasant Brett sourness to it for on pleasurable drinking experience, one that I think you will surely enjoy. Please enjoy responsibly! Cheers!