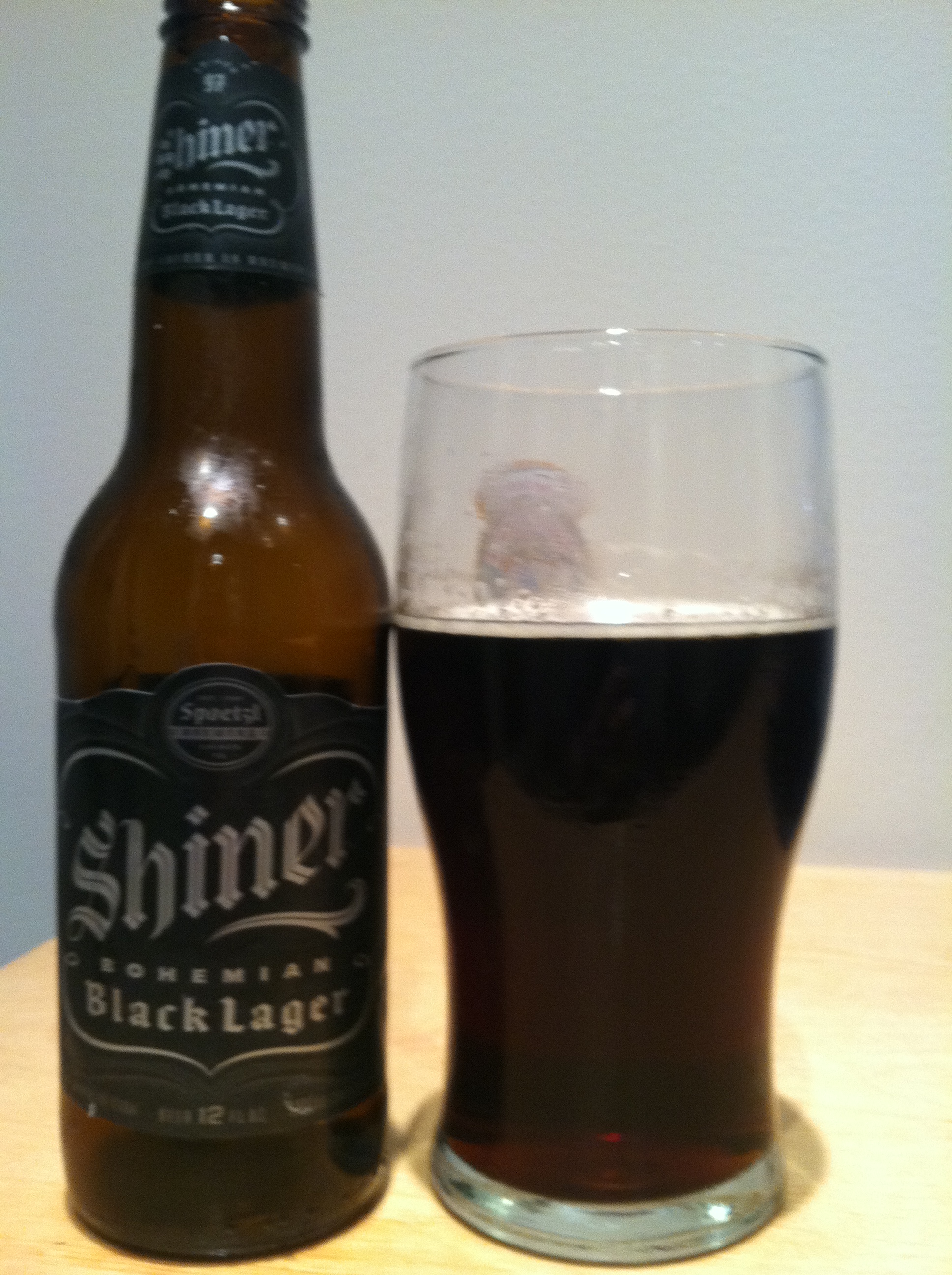 Yes, it yet another beer from Texas, another Shiner. Shiner, the Spoetzl Brewery in you guessed it, Shiner, Texas. This a style much the same as Ugly Pug I wrote not to long ago. The first Bohemian Black Lager was brewed to commemorate their 97th anniversary, that’s why there is a 97 on the top of the neck. Shiner brews this beer to keep it to the old-world heritage of the German and Czech immigrants who settled in Shiner. That area of Texas, not far from San Antonio is the german hill country of Texas. So this Shiner pours a dark rich black color with a thin white foamy head. Shiner Bohemian has faint scents of baked bread and grassy hops, but you really have to smells closely to notice them. It has a semi-sweet taste with a light sourish twist in middle. It’s in between okay and good. On the after taste, it has a sour hoppy bite that is kind of good. I think this Shiner is one is good, but I do think Ugly Pug is better. This isn’t as smooth as Ugly Pug, but still smooth though. I still think that this shiner is good, but it could be a tiny bit better. I would lower the sourness to this one and make it even smoother. I would get this again. Shiner brews great beers and is growing in popularity these days as with most craft beers. Maybe you will like this one better than Ugly Pug. But you need to try it to find out, have a few with a friend and spread cheer with Shiner beer! Cheers! Please drink responsibly!