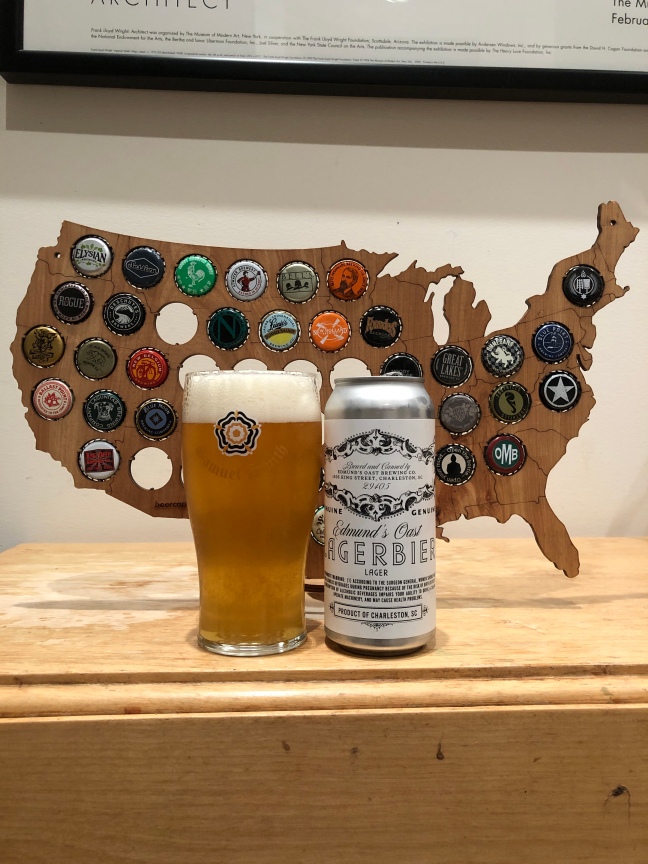 Edmund’s Oast Brewing Company Lagerbier, 5.5% ABV from Charleston, South Carolina which I received from a family member who purchased this from Winestore. Lagerbier pours a golden yellow color with a four-finger white head that steadily fades down to a two-finger head and stays. You get a crisp biscuit aroma off this beer that has a semi-sweet very faint corn-like flavor on the nose. The taste of Lagerbier is clean crisp with biscuit notes that have a little semi sweetness to it with a tiny hop note on the end that finishes with a twinge of a hop note a lots of lager biscuit malts with a aftertaste of Chips and a beady note that does not stay long with a light mouthfeel. Edmund’s Oast Brewing Company Lagerbier grows on you as you drink it, I start out thinking this average, then a few more sips I thought it was above average than by the end I’d say it’s a B-. Edmund’s Oast Brewing Company Lagerbier is one that I recommend and some worth a try. Please enjoy responsibly! Cheers!