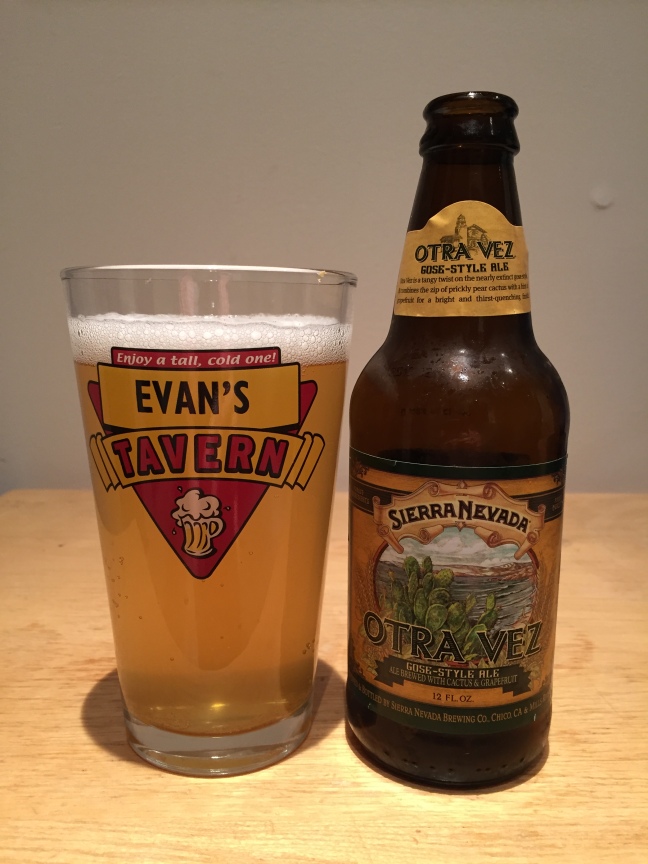 There are so many different styles of beer out there. Some tend to be more popular and also tend to leave other styles behind that then become forgotten. Gose is one style of beer that is a nearly extinct style. But thanks to the many craft beer brewers out there is it making a come back. Sierra Nevada Otra Vez, 4.5% ABV is Gose-Style Ale brewed with prickly pear cactus and grapefruit. Otra Vez pours a crisp golden color with the slightest of haze to it and a one and half finger of brilliant white foam up top. The aroma is tangy with some sweet notes of fruitiness and grapefruit. Smells refreshing. The taste is slightly tangy up front that comes from the prickly pear cactus then you get a tart flavor in the middle with a quick subtle watermelon then on the end you get a wash of grapefruit for a moment. Taste refreshing too! The mouthfeel is light with a nice tart finish and a sweet citrus aftertaste. Many this on good beer, but in the whole Gose style from Westbrook is still my number one. I give Otra Vez an A. This is a solid drinkable refreshing beer. I recommend trying Sierra Nevada Otra Vez for yourself. Everything about this beer is well balanced and taste great. But there is one small negative though; this beer should be just the slightest bit more on the tart side, but still good. This is my second best Gose. Cheers! Please drink responsibly!