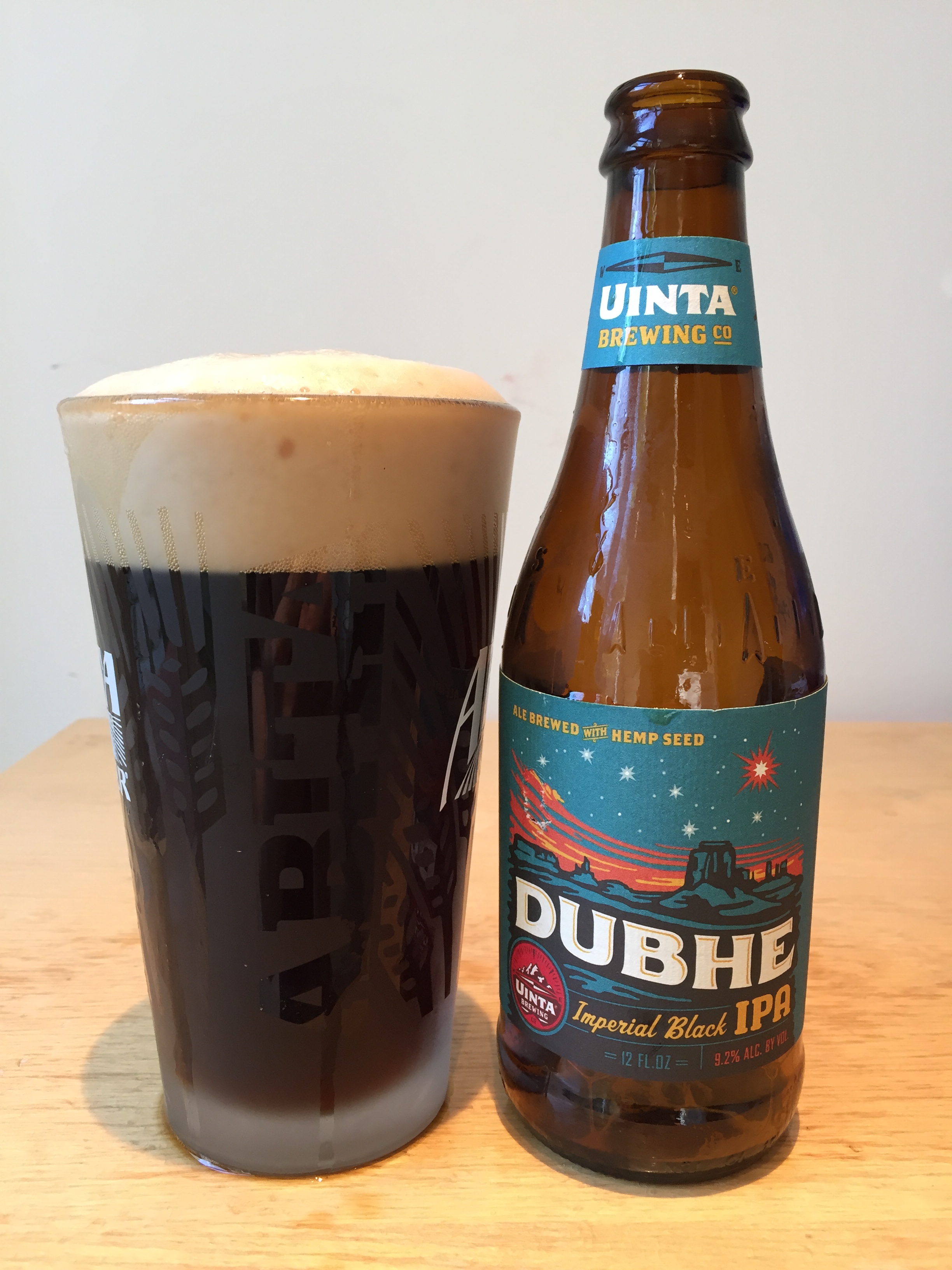 When you hear the words, Imperial and Black, you would think of a stout or porter style of beer, but there is Black IPA’s and Imperial Black IPAs. Uinta Brewing Co. in Salt Lake City brews Dubhe Imperial Black IPA, 9.2% ABV and they brew this ale with hemp seeds. The whole Uinta Brewery brews with renewable power, using wind and solar power. Dubhe pours a deep black color with a tan three finger head that slowly fades into slender lacing that doesn’t really stick around. This has an aroma of bitter earthy coffee with a subtle but faint grassy fruit scent. I didn’t really get much hemp seeds on the aroma, and that cause I have never smelled a hemp seed nor have I seen one. Taste is bitter chocolate upfront followed by a grassy roasted flavor, which is quite good. There is a little stronger earthy bitterness on the end with a little roasted note. Dubhe finishes nicely like an IPA with some roasted notes and chocolate bitterness. The mouthfeel is medium. After taste lingers a bit with floral, grassy, and earthy bitterness and some roast. Overall this beer turns out great and I was expecting it to be as good as it was, not that I was expecting to it be bad. I give Dubhe Imperial Black IPA a B+. It was well balanced between the imperial black aspect and the IPA. You don’t really get a taste of the big 9.2% ABV. That is well masked by the beer and all its flavors. That’s good. If it were to taste really boozy then it’s would be so good. I recommend trying Uinta Brewing Co. Dubhe Imperial Black IPA. Cheers! Please enjoy responsibly!