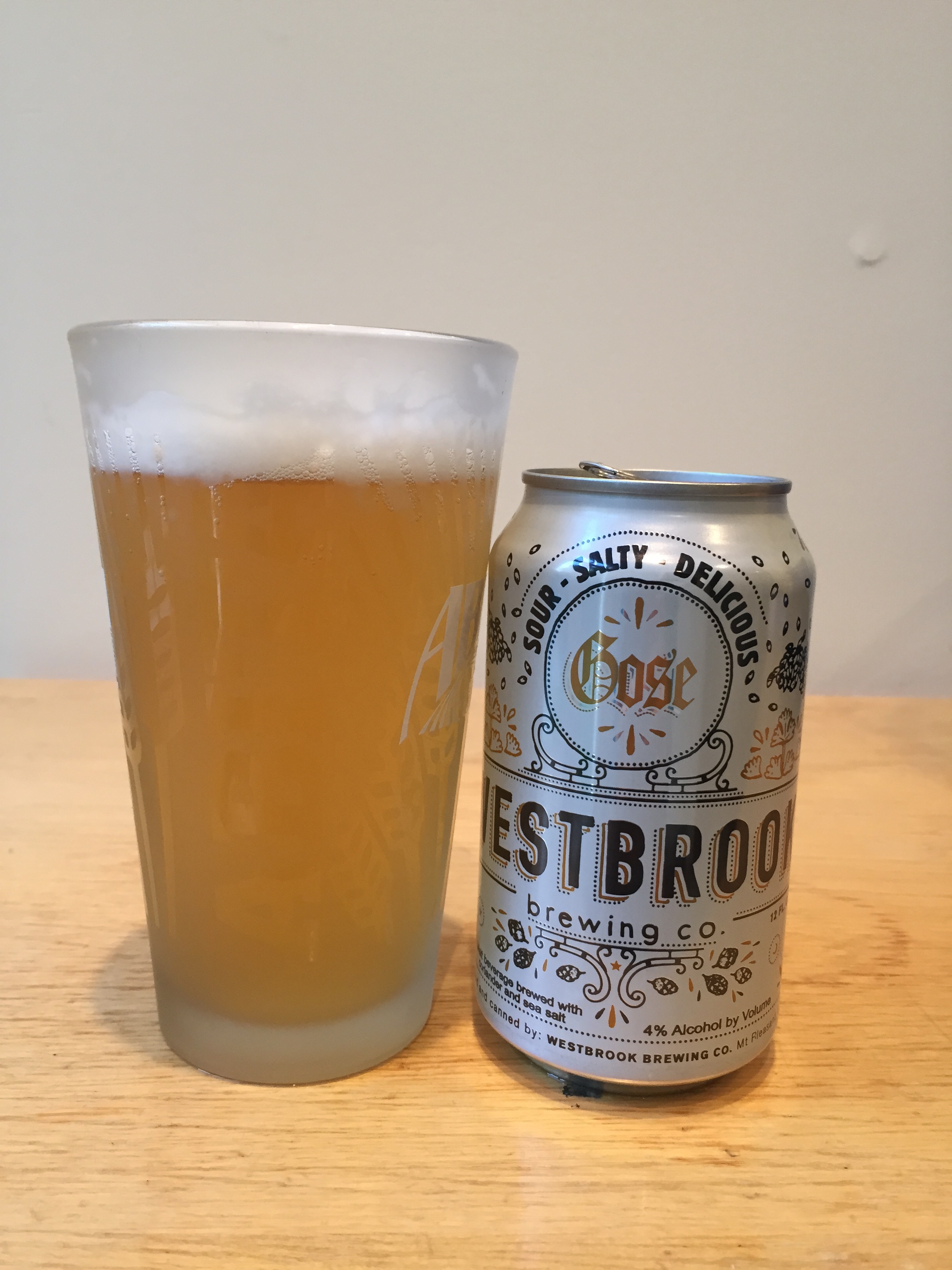 A German-style beer that once was nearly extinct is making a comeback. Gose (pronounced “goes-uh”) is a wheat beer brewed with 50-60 wheat coriander and sea salt. This style is originally from Leipzig Germany. But this can of Westbrook Brewing Co. Gose 4% ABV, doesn’t come from that far away, no it comes from Mt. Pleasant South Carolina east of Charleston. This is another fine beer from Brewpublik (www.brewbpulik.com). Gose pours a bright hazy yellow color with a two and a half finger bright clean white fluffy head that somewhat slow to fade and does leave behind nice whips of lacing. I found some little amounts of light through the glass with average amounts of carbonation bubbles. The aroma is similar to a lemon but with a salty kick. Taste is pretty sharp with a slightly bitter sour lemon upfront than towards the back or your taste buds it gets salty and the bitterness/sour really kicks in. But it’s refreshingly sour. I didn’t get much of any coriander in the taste. I think it’s underneath the big sour salty flavors. This Westbrook Gose finishes sour with a nice salty note that leaves a refreshing lemon-like aftertaste that sticks with you for a little bit. I really enjoyed this Gose a lot it’s an A+. I can see why the Gose style is making a comeback. After drinking this I find it so interesting that sour wheat beer with sea salt could be as refreshingly delicious. But yet it is very much so. Everything going on in this beer works so well together.  I highly recommend trying Westbrook Brewing Co. Gose. Cheers! Please enjoy responsibly!